Recently, a group of year 11 students Academy decided that they wanted to raise awareness of Mental Health week and got together to formulate a plan. The event should have been held in October but Covid restrictions meant that it would not have been viable to hold it then.

Student Yasmin Kilinc stated that: “we believe it’s extremely important that the topic of mental health can be openly discussed and highlighted. This means that people can say how they’re feeling without being ashamed or feeling awkward or that they will be stigmatised.”

This awareness raising week involved all students in year 7 – 9 having a Mental Health themed lesson which related to a lesson on their timetable. In Spanish, they compared the English and Spanish Health systems, and in Maths, statistics relating to Mental Health were analysed. English looked at the presentation of it in short stories whereas practical subjects including Art, Drama and Dance created set pieces of work illustrating how Mental Health issues can be represented visually.

At the end of the week, the students were pleased to note that all their hard work that had gone into in setting up the week’s programme appeared to have really paid off – well done to all of those who took part. 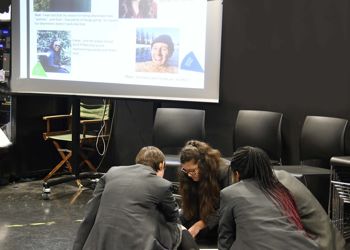 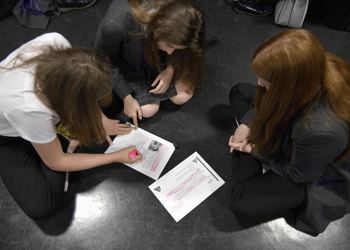 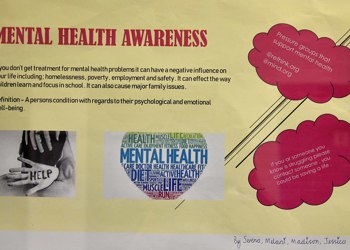 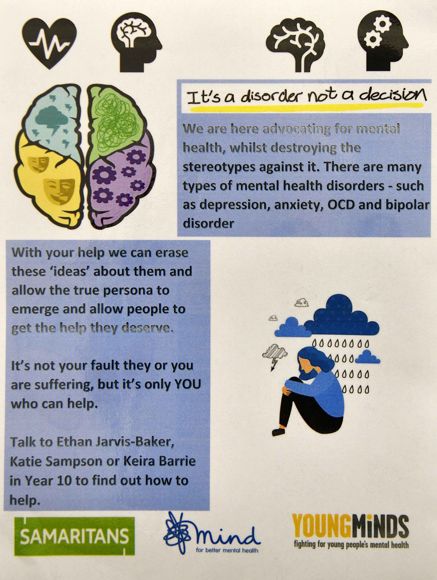 Your browser is out-of-date!

Update your browser to view this website correctly. Update my browser now

*
Cookie Notice: We use cookies on this site to improve your user experience.
Accept Find out more